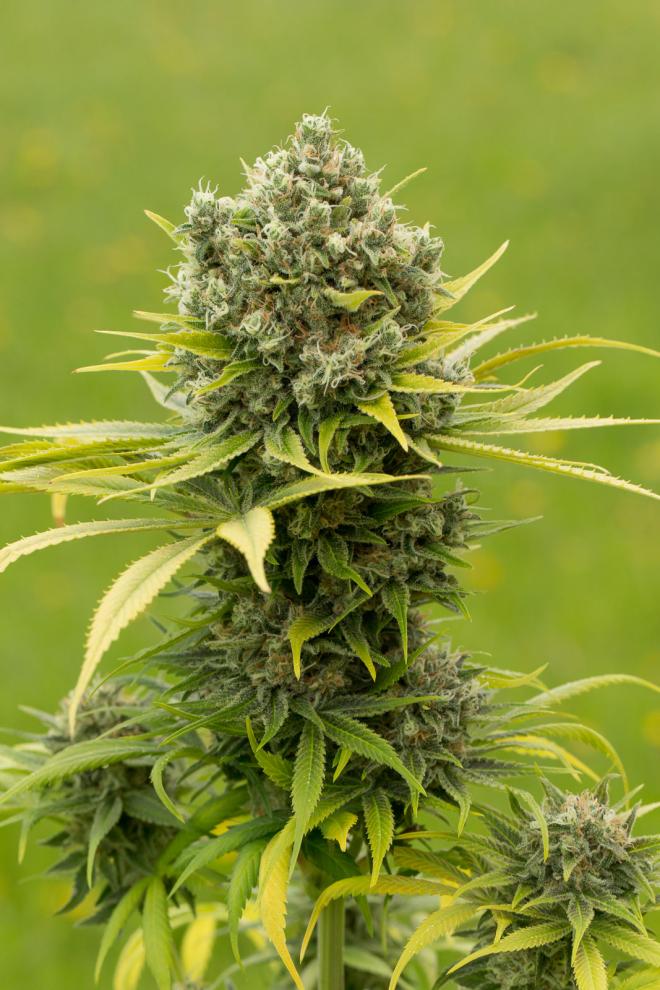 A strain with remarkable stability....

After the release of our first pure CBD strain, Dinamed CBD, our team of breeders had no choice but to go one stage further.

We all wondered whether it was possible to boost her cannabinoid content even more so as to create a strain with super-high CBD levels.

The result is Dinamed CBD Plus, an incredible plant boasting an impressive 20 % CBD content and less than 1 % THC.

Dinamed CBD Plus was created not only to meet the therapeutic needs of medical users but also to offer the best quality ever to pure CBD consumers who, rather than the THC-triggered psychoactive high, wish to enjoy the relaxing effect produced by CBD.

Apart from an amazing stability resulting from a rigorous selection and breeding process, Dinamed CBD Plus showcases higher cannabinoid levels than her sister, Dinamed CBD.

Exactly like her predecessor, she is part of an extraordinary lineage of CBD-rich genetics and has her origins in a self-cross.

Dinamed CBD Plus essentially derives from the self-pollination of an extraordinary plant known as Dinamed CBD 5.

The purpose of our using this technique was to narrow her gene pool so that both her stability and homogeneity were significantly boosted.

The therapeutic properties of CBD have brought in their wake a deluge of information and scientific research on this cannabinoid.

After decades overshadowed by its distant relative, the CBD is no more in the background but at the forefront.

Unlike THC, CBD is not psychoactive, a fantastic feature that, together with its multiple therapeutic properties and its ability to fight the side effects of tetrahydrocannabinol, places great value on this interesting cannabinoid.

For all these reasons, Dinamed CBD Plus is a powerful tool for treating neurodegenerative diseases, some serious forms of epilepsy such as Dravet Syndrome, multiple sclerosis and even mental disorders like schizophrenia.

Perfect for: Therapeutic users diagnosed with disorders such as epilepsy or inflammatory or neurodegenerative diseases.

Users who shy away from psychoactivity and look for relaxing and bearable effects.